The world’s a mess. How can user-generated content help turn the tide? 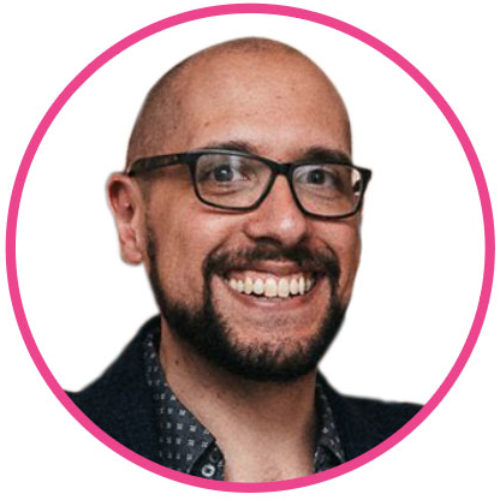 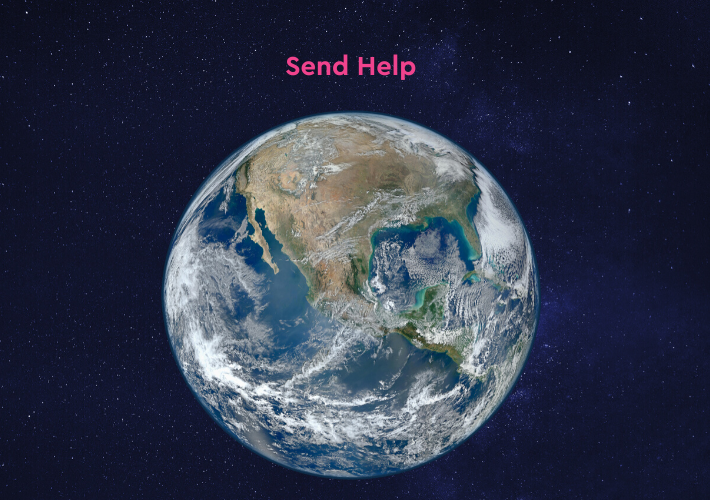 When I first started out on this journey that was seemingly focused around helping people make their own videos, I was a lot more selfish. First as the Hidden Door Video Workshop, then Frank Videos, then Prove, my mindset was aimed quite heavily inwards, at creating something I’d really like to do for a living.

The Hidden Door workshops, as they were at the time, were packed with details about stuff I loved, like storytelling and narrative, and around creating an entertaining session for the attendees. But they didn’t pay much attention to what would genuinely get the client good results, or even what would get them making any videos whatsoever once the workshop had ended. They had a grand old time during the session itself, but beyond that? Nope.

As Frank Videos and Prove, we tried some different angles in terms of messaging, with the latter taking an almost confrontational approach; I’d joined up with co-founder Sam at that point, and again, our first reflex was to think about ourselves. We were sick of being tricked or lied to by large companies. We wanted to shout at them: ‘Are you for real? Then PROVE it!!’ Not a great message to lead on (even if we still believe it).

But around that time, as the app began to develop, we rebuilt our thinking from the ground up. It was clear that we were making an incredibly powerful tool, and our focus shifted outwards, first to how we could help people use it, then how they could use it themselves. It stopped being about what we wanted, and became about what we could help people achieve, and the positive effect it could have on a wider scale. So buckle up, because I’m about to make a grand statement…

Truly authentic user-generated video can give a compelling voice to the voiceless.

I know I know, that’s a weird thing to say, and if you’ve just been sick in your mouth a little bit, stay with me.

Anyone (well, 45% of the world’s population at last count) can make videos with their smartphones these days – Captain doesn’t offer anything new on that score. But most people don’t want to. Even when it comes to just appearing in a video, the vast majority of people would really rather not, thank you very much. And that’s a perfectly sensible choice, because it can feel scary and weird.

And yet, TONS of people are still making them. So who are they? As technically simple as it is, it requires a level of drive, confidence, and occasionally creativity, to want to film yourself, or others, and put it out there for people to see. Ephemeral platforms like Snapchat and Instagram’s Stories have helped a little on that score, but the problem remains: video is an incredibly powerful tool for building trust and inspiring viewers, but the glory can often be left to extroverts, and folks who have the time to plough into both the production process, and building an audience.

There are a lot of people out there, yes in companies, but also in the wider world, who have something to say, or a story worth telling, and we’re not hearing from them. That’s the first problem to crack.
Now, you might have just put your hand up at this point and said ‘But social media is hyper-choc-full of peoples’ opinions. Everyone has a voice now, for better or worse. Usually worse.’ And of course you’re right. But we’re talking about the reluctant ones, and the balance is stacked against them. Even if a person does make the leap and puts themselves out there, they’re pitched headlong into the social media morass, where anyone can say anything, and everything can mean nothing. That’s the second problem.
Video at least gives you a leg up over the bots in that it’s tougher to fake a sense of authenticity unless you’re a sociopath or a trained presenter, but there’s still an astonishing amount of competition for viewers’ attention. So now we know what we’re up against…

1. How can you gather authentic stories from people who are usually reluctant to contribute?

2. How can you elevate that content from good to great, so you can cut through the noise?

First up: I’m not saying that nobody’s ever given an authentic voice to the voiceless – that’s what good journalism does, and what good documentary filmmaking does. But smartphones increase the potential capacity of that endeavour to an almost ludicrous extent. You’re no longer limited by geography or budget. The challenge in the first instance is the logistical nightmare that ensues if you try and direct and gather content from people who are geographically distant, and in the second instance, being able to give directions in such a way that relieves the pressure of creativity and fear.

Captain gets around this by turning creativity into simple tasks. When you create a Captain project and a story code, you’re planning the filming requirements ahead of time. You’re making a list: ‘get these shots, and ask these questions to this person, in this location.’ When that’s packaged up and sent to the person doing the filming via the app, it removes the pressure from them entirely. No drive needed. They know exactly what they’re being asked to do, and the app walks them straight through the process; it’s a simple set of tasks they can tick off, and if it turns out badly, the fault is with the planning, not with them.

When it comes to gathering interviews, again, the questions are planned by you ahead of time. That removes massive pressure from the person doing the filming, but in terms of the person answering the questions, the benefit is even more acute. Rather than having a massive camera and lights shoved in their face, they’re most likely being interviewed by one of their friends or colleagues, in a much more relaxed situation. That means they’re more likely to be comfortable, and their responses will be more authentic. The responsibility simply lies with you to ask the right questions. The burden is shifted.

So that’s the first issue taken care of (which forms part of Captain’s Golden Rules, by the way). Onto the second – how do you take that content from good to great, so it can cut through the noise and engage your audience? If you’re using Captain’s app, all that lovely, authentic video content will wing its way back to you with zero technical hassle.  That’s a thrilling moment – you’re seeing people respond to questions you’ve set, without ever having met you.

During the editing process, if you’ve set up your story code sensibly, you’ll have something that most user-generated video never offers you – more good footage than you need. And that gives your editor the rarest of things – options!  You now have the power to shape the responses of your contributors, take the honest essence of them, and transform them into something truly engaging. That solves the second problem, and we’ve got our two-step solution to gathering and producing compelling user-generated content…

That’s what our team here is excellent at achieving. It’s exactly the same technique used by journalists in interviews, and editors in documentary films. You take what was said, and you package it into a compelling narrative that’s true to the original intent of the participants. Because the people in your videos are giving you something far more valuable than content at this point: They’ve given you their trust, and you have to take care of it. That’s a position of power, which brings its own complications, because in the words of Uncle Ben (Spider-man’s dad, not the rice fella)…

There are countless recent instances, both online and in the media, where this editorial privilege has been abused at a massive detriment to society. It’s comically simple to remove a word from a quote or soundbite, and change its meaning completely. That’s a notion that we’ve struggled with here. Have we built something that has a potential for misuse? To an extent. But then, that’s the case with any tool that lets you edit video. Ultimately, it comes back to our focus. It’s not on ourselves – it’s outwards.

‘Captain’ as a company name isn’t referring to us. ‘We’ are not Captain. In this instance, it’s a verb. It’s a call to action for you, to put people’s authentic voices at the heart of what you do, to treat them with respect, and to share the success this can bring. That will make you stronger, it will make everyone stronger.

The world needs that right now – more than it needs the latest insta-vlogger, sponsored up to their eyeballs. It needs it more than another slick, scripted corporate video. It certainly needs it more than faceless keyboard warrior trolls spewing their bile online and ruining everything.

People deserve to believe in what they’re seeing. That’s real. It’s important. And with Captain, it’s now achievable at scale.

So let us help you step up and lead from the front, like a great Captain should.